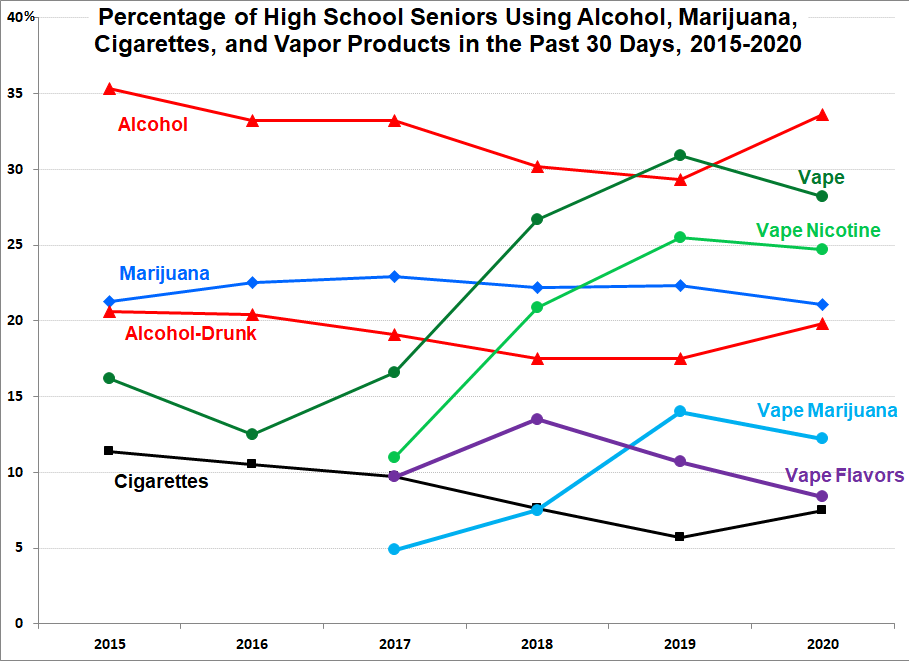 Just-released 2020 Monitoring the Future survey results (here) indicate
that all forms of vaping among high school seniors declined (as seen in chart
at left), even as alcohol use, getting drunk, and cigarette smoking all increased.

Past 30-day alcohol increased from 29% to 33%, accompanied
by a similar rise in getting drunk.  The
only good news for intoxicating drugs was a single percentage point decline in
marijuana use.

Last year the Monitoring the Future survey reported JUUL use
for the first time, noting that it was used by 20.8% of high school seniors.  JUUL use this year plummeted by almost 40%,
to 12.9%.

Flavored products continue to be vaped far less frequently
than marijuana and nicotine offerings, suggesting that teens vape primarily to
get a buzz.